What is the link between Hotel Transilvania and the novel “Dracula” by Bram Stoker?

Historians have assumed that Hotel Transilvania constituted a source of inspiration for the beginning of Bram Stoker's “Dracula”.

Hotel Transilvania is considered by historians to be the oldest hotel in Cluj that succeeded in maintaining it's original accommodation purpose through the years. Hotel Transilvania is located on Ferdinand street, the oldest documented street in Cluj, known also as “the street of hotels” and also one of the most significant commercial routes of Cluj. In 1870, together with the inauguration of Cluj-Napoca's train station, hotels situated on the current Regele Ferdinand street started to accommodate transit travelers, who were compelled to spend the night in the city. “It is presumed, that trains would stop in the middle of the night and the passengers would go to the hotels, and would resume their journey in the morning with the same train.” historian Tudor Sălăgean explains.

The oldest hotel in Cluj, according to historians in Cluj, Hotel Transilvania is considered the oldest edifice, that maintained it's original purpose, that of a hotel. “On that site, it's likely that in the middle ages there was an inn, and later it was converted into a hotel. I think it's the oldest inn or hotel related construction that retained it's function to this day. I do not recall another as old and in addition, along the years only the facade was reconditioned, the structure of the building remained the same, even now it resembles the structure of a traditional inn. The hotel, within it's courtyard also had a well, this feature was discovered recently when lying down new slabs.” the historian explains.

A source of inspiration for the novel “Dracula”

In the last decades of the XIX. Century, the current Hotel Transilvania beared another, less usual name “The Queen of England”, a mysterious name, for which historians still have not found an answer. Afterwards, the hotel was called “Transilvania”, then “Vladeasa”, following that, in 2006 it reclaimed the name “Transilvania”. According to historians, this is the hotel, that inspired Bram Stoker and was described in the beginning of the novel “Dracula”.

In Stoker's novel, the main character, Jonathan Harker spends his first night in Transylvania in the “Royal Hotel” in Cluj (Klausenburg). “We suspect, that due to the fact that it was called “The Queen of England” at that time, it inspired Stoker. In the novel the hotel is called “Royal”, and the only one closest to that name would be “The Queen of England”. The name “Royal” was not documented in any of the hotels in Cluj, though I have to mention, that in that period the hotels quite often changed their name. We first thought, that it was another hotel “Panonia”, the one across the street, but “The Queen of England” was a more plausible option. Either way, a clear certainty is quite hard, given the fact that it's a fictional novel.” Sălăgean explains.

“A real hotel from an imaginary history ” 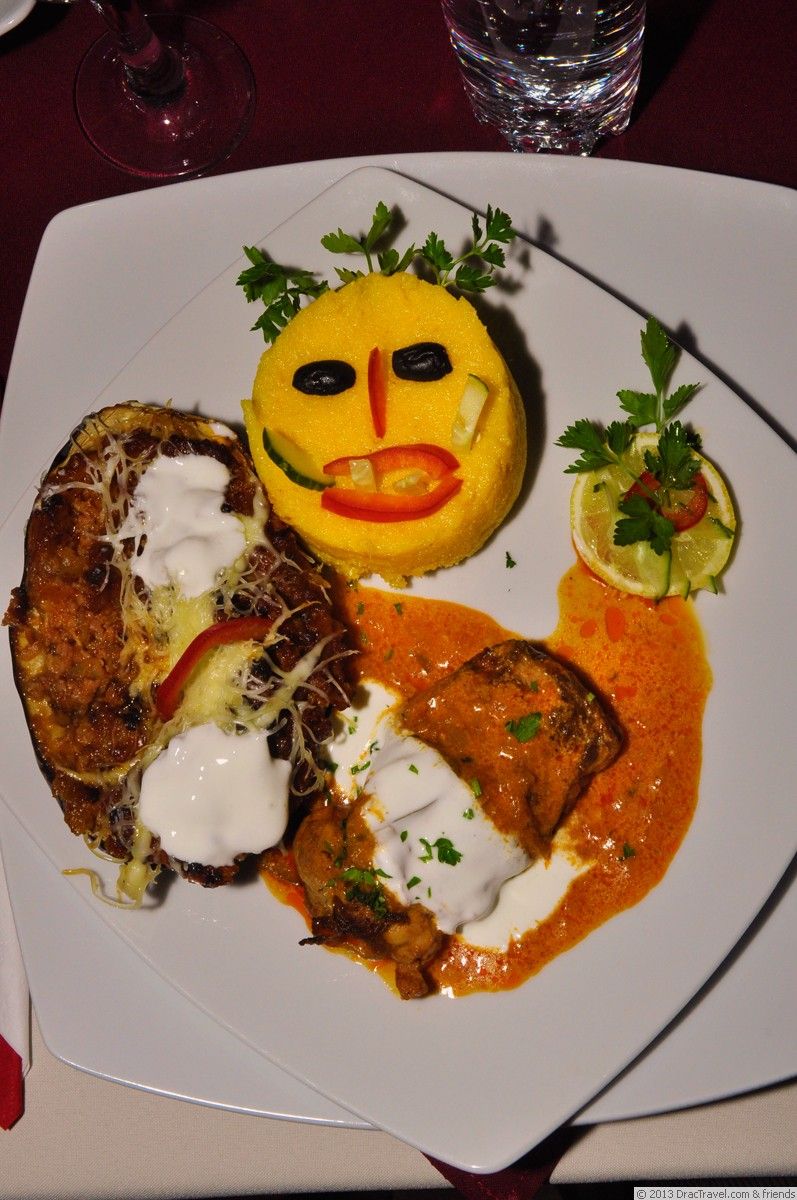 Bram Stoker wrote in his novel that Jonathan Harker may have documented about Transylvania at the British Museum, “browsing through books and maps in the library” before starting his journey in the search of count Dracula. “I think it's possible, that Stoker found a tour guide of Cluj and was inspired by the hotel. Even at the end of the XIX. Century, the British Museum had an excellent library. Nevertheless, it's certain that we are talking about a real hotel from an imaginary history.” says the historian. “Stoker's general perspective over the history of Transylvania shows us that he accumulated a number of information about this region, but on the other hand regarding details, he commits a series of errors which prove that, without a doubt, Stoker never visited Transylvania.” Sălăgean added. Few details in the novel match the reality of those times regarding Cluj. Stoker writes that the main character wakes up late and has to take breakfast in a hurry so that he can leave for the train station at 7.30 because his train to Bistrita would depart before 8.00. The necessary travel time with a carriage to the train station, from the city's main square through Wesselenyi Jozsef (currently Regele Ferdinand) and Ferencz Jozsef (Horea) street, would have been around 20 minutes, thus giving another indication that we are talking about a hotel located on Ferdinand street - the historian explains. Other elements of the narrative are also plausible.

In the novel, he talks about the hotel's restaurant menu which includes “paprikahendl” - chicken fried with lots of hot paprika, according to Stoker's description and “mămăligă”, typical Transylvania dishes. Also, Stoker's main character says he didn't manage to get a good night's sleep, even though “the bed was very comfortable”, due to a barking dog – a detail which again is also plausible, since stray dogs were present in numerous photographic documents belonging to that period.

Today the owners of Hotel Transilvania tell us that they want to capitalize on this information regarding “Dracula” and are planning on building a Suite entitled “Bram Stoker”. “Our project is extensive and complex, we would like to follow the book in creating a suite that resembles the era that the journey was told in the novel through painting, pictures, albums, old movies, items and furniture. Furthermore we wish to establish a zahana (restaurant) with dishes that signified that era. We feel that this will attract visitors who have a longing to travel back in time and follow the footsteps of Jonathan Harker.” Adriana Sava, administrator and general manager of Hotel Transilvania explains.